Beginning with the development of credit-money theory in the twentieth century, Paul Dalziel derives a model that explains how interest rates are used by authorities to maintain price stability. His conclusions suggest ways in which the current policy framework can be improved to promote growth, without sacrificing that stability. 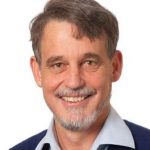 QUALIFICATIONS
MCom (Hons) (Canterbury) PhD (Otago)
BACKGROUND
Paul Dalziel has been Professor of Economics at Lincoln University since 2002 and was appointed as the Deputy Director of the Agribusiness and Economics Research Unit (the AERU) in 2010. He works full-time in the AERU and so is not currently involved in Undergraduate or postgraduate teaching. He is available for supervision of PhD and Master’s thesis students on topics related to economic policy.

EXPERTISE
New Zealand economic policy, regional economic development, education employment linkages, wellbeing economics and economics of sport and recreation
RESEARCH
Professor Dalziel has been involved in research on themes in New Zealand economic and social policy since graduating with his PhD in 1985. He has published more than 100 refereed journal articles and book chapters on his research and is frequently invited to give presentations to industry and academic audiences. He was the Science Leader of the five-year research programme on education-employment linkages (2007-2012). He has served on the Council of the Regional Studies Association International (2011-2013) and has twice been elected President of the Australia and New Zealand Regional Studies Association International.