Those are the main points but, in fact, this only scratches the surface. Indeed, it would be difficult to overestimate the importance of this book. De Soto provides also a defense of the Austrian perspective on business cycles against every other theory, defends the 100% reserve perspective from the point of view of Roman and British law, takes on the most important objections to full reserve theory, and presents a full policy program for radical reform.

It was Hülsmann’s review of the Spanish edition that inspired the translation that led to this Mises Institute edition in English. The result is astonishing: an 875-page masterpiece that utterly demolishes the case for fiat currency and central banking, and shows that these institutions have compromised economic stability and freedom, and, moreover, are intolerable in a free society.

De Soto has set new scholarly standards with this detailed discussion of monetary reform from an Austro-libertarian point of view. Huerta de Soto s solid elaboration of his arguments along these lines makes his treatise a model illustration of the Austrian approach to the study of the relationship between law and economics. 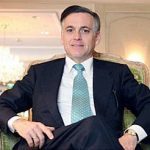 Ballester is a Spanish economist of the Austrian School. He is a professor in the Department of Applied Economics at King Juan Carlos University of Madrid, Spain and a Senior Fellow at the Ludwig von Mises Institute