Physical Geology, 15th edition, is the latest refinement of a classic introductory text that has helped countless students learn basic physical geology concepts for over 25 years. Students taking introductory physical geology to fulfill a science elective, as well as those contemplating a career in geology, will appreciate the accessible writing style and depth of coverage in Physical Geology. Hundreds of carefully rendered illustrations and accompanying photographs correlate perfectly with the chapter descriptions to help readers quickly grasp new geologic concepts. Numerous chapter learning tools and a website further assist students in their study of physical geology. 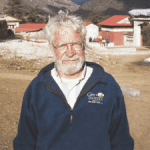 CHARLES PLUMMER Professor Charles “Carlos” Plummer grew up in the shad- ows of volcanoes in Mexico City. There, he developed a love for mountains and mountaineering that eventually led him into geology. He received his B.A. degree from Dartmouth College. After graduation, he served in the U.S. Army as an artillery officer. He resumed his geological education at the University of Washington, where he received his M.S. and Ph.D. degrees. His geologic work has been in mountainous and polar regions, notably Antarctica (where a glacier is named in his honor). He taught at Olympic Community College in Washington and worked for the U.S. Geological Survey before joining the faculty at California State University, Sacramento. At CSUS, he taught optical miner- alogy, metamorphic petrology, and field courses as well as introductory courses. He retired from teaching in 2003. He skis, has a private pilot license, and is certified for open-water SCUBA diving.