Mark Ridley’s Evolution has become the premier undergraduate text in the study of evolution. Readable and stimulating, yet well-balanced and in-depth, this text tells the story of evolution, from the history of the study to the most revent developments in evolutionary theory.
The third edition of this successful textbook features updates and extensive new coverage. The sections on adaptation and diversity have been reorganized for improved clarity and flow, and a completely updated section on the evolution of sex and the inclusion of more plant examples have all helped to shape this new edition. Evolution also features strong, balanced coverage of population genetics, and scores of new applied plant and animal examples make this edition even more accessible and engaging. 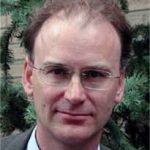 Mark Ridley is a British zoologist and writer on evolution. He studied at both Oxford and Cambridge in the 1980s, and later worked at Emory University. As of 2010 he worked as a research assistant at the Department of Zoology, Oxford University