The Sensational Life And Death Of Qandeel Baloch By Sanam Maher

Qandeel was a marvelous blaze. She set our dark world on fire and made enough light to expose the hypocrisies of Pakistan’s pious patriarchy. In Sanam Maher’s terrific and necessary book, those flames burn brighter than ever.’ —Bilal Tanweer ‘A powerful and deeply moving account from an important new voice in non-fiction.’ —Sonia Faleiro Bold’, ‘Shameless’, ‘Siren’ were just some of the (kinder) words used to describe Qandeel Baloch. She embraced these labels and played the coquette, yet dished out biting critiques of some of Pakistan’s most holy cows. Pakistanis snickered at her fake American accent, but marveled at her gumption. She was the stuff of a hundred memes and Pakistan’s first celebrity-by-social media. Qandeel first captured the nation’s attention on Pakistan Idol with a failed audition and tearful outburst. But it was in February 2016, when she uploaded a Facebook video mocking a presidential ‘warning’ not to celebrate Valentine’s Day, that she went ‘viral’. In the video, which racked up nearly a million views, she lies in bed, in a low-cut red dress, and says in broken English, ‘They can stop to people go out…but they can’t stop to people love.’ The video shows us everything that Pakistanis loved—and loved to hate—about Qandeel, ‘Pakistan’s Kim Kardashian’. Five months later, she would be dead. In July 2016, Qandeel’s brother would strangle her in their family home, in what was described as an ‘honour killing’—a punishment for the ‘shame’ her online behavior had brought to the family. Scores of young women and men are killed in the name of honour every year in Pakistan. Many cases are never reported, and of the ones that are, murderers are often ‘forgiven’ by the surviving family members and do not face charges. However, just six days after Qandeel’s death, the Anti-Honour Killings Laws Bill was fast-tracked in parliament, and in October 2016, the loophole allowing families to pardon perpetrators of ‘honour killings’ was closed. What spurred the change? Was it the murder of Qandeel Baloch? And how did she come to represent the clash between rigid conservatism and a secular, liberal vision for Pakistan? Through dozens of interviews—with aspiring models, managers, university students, activists, lawyers, police officers and journalists, among them—Sanam Maher gives us a portrait of a woman and a nation. 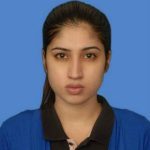 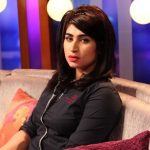 Qandeel was one of the country’s first social media stars, getting her fame from her viral videos on her Facebook page. Qandeel had even auditioned at Pakistan Idol’s first season, but was taken out by Bushra Ansari after Qandeel was crying, which was either an antic or could be real.

Qandeel had specially gotten extra attention after her video with Mufti Qavi, where she was posing while wearing the clerics cap. This also got her under fire from various religious groups and was threatened multiple times, but Qandeel stood up and said she would show the real face of the cleric.

On July 16, 2016, Qandeel Baloch was found suffocated to death in bed, in her family home back in Multan. A district and sessions court in Multan is hearing the murder case of the celebrity.

Baloch’s brother Waseem and relative Haq Nawaz are the primary accused were arrested after the incident in December 2016. Brother Waseem even confessed to the crime while sources say that Mufti Qavi had lead the brother to murdering his sister.

Aleph publishes books of enduring literary quality from (and about) India and other South Asian countries. Its authors have won or been shortlisted for a slew of national, regional and international awards. It publishes approximately forty titles annually in the following categories – fiction, history, biography, autobiography, current events, reportage, travel, popular science, art, music, nature studies, the environment, business, translations, philosophy, sociology, psychology and popular culture – as well as works of narrative non-fiction that are not easily categorized. Every book the company publishes reflects its emphasis on excellence in editorial quality, design, printing and packaging.

The Sensational Life And Death Of Qandeel Baloch By Sanam Maher