The Military & Politics In Pakistan 1947-1997 By Hasan Askari Rizvi

This book undertakes a comprehensive and documented study of the role of the military in Pakistan’s society and politics with a view to explaining why and how a professional military can acquire political disposition. The major themes have been studied with reference to three clusters of factors the dynamics of the civil society and the working of the political institutions and processes, the military establishment and its organizational resources and professional and corporate interests; and the interaction across the functional boundaries between the military and the civil and its implications for the power balance in polity. The weaknesses of the civilian/political institutions and their inability to cope with diverse demands on the political system make it convenient for the senior commanders to expand their role and even assume power. However, military intervention is not necessarily and enduring remedy but it is a part of the overall problem of weak civilian institutions and political decay. 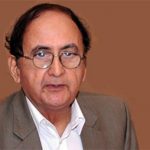 A political scientist and military analyst, noted for his work in comparative politics, nuclear weapons, and country’s domestic policy, Dr. Hassan Askari Rizvi is a former Visiting Professor of Pakistan Studies at the Columbia University from January 1996 to July 1999. Dr. Hassan Rizvi attended the Punjab University in Lahore where he studied political science, sociology, Urdu and English literature in 1962. He gained BA (with honours) in Political science and English literature in 1968 from the Punjab University.

The Military & Politics In Pakistan 1947-1997 By Hasan Askari Rizvi