In the past decade Pakistan has become a country of immense importance to its region, the United States, and the world. With almost 200 million people, a 500,000-man army, nuclear weapons, and a large diaspora in Britain and North America, Pakistan is central to the hopes of jihadis and the fears of their enemies. Yet the greatest short-term threat to Pakistan is not Islamist insurgency as such, but the actions of the United States, and the greatest long-term threat is ecological change.
Anatol Lieven’s book is a magisterial investigation of this highly complex and often poorly understood country: its regions, ethnicities, competing religious traditions, varied social landscapes, deep political tensions, and historical patterns of violence; but also its surprising underlying stability, rooted in kinship, patronage, and the power of entrenched local elites. Engagingly written, combining history and profound analysis with reportage from Lieven’s extensive travels as a journalist and academic, Pakistan: A Hard Country is both utterly compelling and deeply revealing. 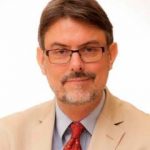 Professor Anatol Lieven teaches International Politics at Georgetown University in Qatar. He received a BA in History (double first) and a PhD in Political Science from the University of Cambridge. Before joining academia, he spent most of his career as a foreign correspondent for British newspapers, and later as a member of think tanks in Washington DC. Between 2007 and 2014 he worked in the War Studies Department of King’s College London, where he remains a visiting professor.

His main project at present is a book on the history of the Pashtun ethnicity in Afghanistan and Pakistan in the context of the wider history and theoretical analysis of modern nationalism (commissioned by Yale University Press).
His taught courses at Georgetown in Qatar include international security issues; US foreign policy; war and diplomacy in Afghanistan and South Asia; comparative political systems and the history, theory and comparative study of nationalism.

He is author of numerous books, including Pakistan: A Hard Country (2012); America Right or Wrong: An Anatomy of American Nationalism (second edition 2012); and Ukraine and Russia: A Fraternal Rivalry (1999).