This text is intended for those who wish to understand the complex relationships between diet and risks of important diseases, such as cancer and cardiovascular disease. It is aimed both at researchers engaged in the unraveling of these complex relationships and at readers of the rapidly multiplying and often confusing scholarly literature on the subject.

The book starts with an overview of research strategies in nutritional epidemiology-still a relatively new discipline that combines the vast knowledge compiled by nutritionists during the 20th century with the methodologies developed by epidemiologists to study the determinants of diseases with multiple etiologies and long latent periods. A major section is devoted to the methods of dietary assessment using data on food intake, biochemical indicators of diet, and measures of body composition and size. The reproducibility and validity of each approach and the implications of measurement error are considered in detail. The analysis, presentation, and interpretation of data from epidemiologic studies of diet and disease are explored in depth. Particular attention is paid to the important influence of total energy intake on findings in such studies. To illustrate methodological issues in nutritional epidemiology, relationships of dietary factors to the incidence of lung and breast cancer, heart disease, and birth defects are examined in depth.

The first edition of Nutritional Epidemiology, published in 1989, was widely praised and quickly established itself as the standard reference in this field. The second edition, published in 1998, added new chapters on the analysis and presentation of dietary data, nutritional surveillance, and folic acid and neural tube defects. This new edition, in addition to substantial updating of existing chapters, includes new chapters on assessment of physical activity, nutrition and genetic epidemiology, and the role of nutritional epidemiology in policy. This book will benefit epidemiologists, nutritionists, dietitians, policy makers, public health practitioners, oncologists, and cardiovascular and other clinical specialists. 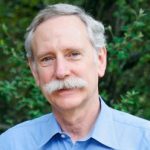 Walter C. Willett, M.D., Dr. P.H., is Professor of Epidemiology and Nutrition at Harvard T.H. Chan School of Public Health and Professor of Medicine at Harvard Medical School. Dr. Willett studied food science at Michigan State University, and graduated from the University of Michigan Medical School before obtaining a Masters and Doctorate in Public Health from Harvard T.H. Chan School of Public Health. Dr. Willett has focused much of his work over the last 40 years on the development and evaluation of methods, using both questionnaire and biochemical approaches, to study the effects of diet on the occurrence of major diseases. He has applied these methods starting in 1980 in the Nurses’ Health Studies I and II and the Health Professionals Follow-up Study. Together, these cohorts that include nearly 300,000 men and women with repeated dietary assessments, are providing the most detailed information on the long-term health consequences of food choices.

Dr. Willett has published over 1,700 original research papers and reviews, primarily on lifestyle risk factors for heart disease, cancer, and other conditions and has written the textbook, Nutritional Epidemiology, published by Oxford University Press, now in its third edition. He also has written four books for the general public. Dr. Willett is the most cited nutritionist internationally. He is a member of the National Academy of Medicine of the National Academy of Sciences and the recipient of many national and international awards for his research.