Before She Sleeps A Novel Novel By Bina Shah

In modern, beautiful Green City, the capital of South West Asia, gender selection, war and disease have brought the ratio of men to women to alarmingly low levels. The government uses terror and technology to control its people, and women must take multiple husbands to have children as quickly as possible.

Yet there are women who resist, women who live in an underground collective and refuse to be part of the system. Secretly protected by the highest echelons of power, they emerge only at night, to provide to the rich and elite of Green City a type of commodity that nobody can buy: intimacy without sex. As it turns out, not even the most influential men can shield them from discovery and the dangers of ruthless punishment. 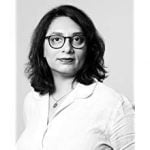 Bina Shah is a contemporary writer from Karachi, Pakistan, and has written four novels and two collections of short stories. Her humorous writing, political satire, and clear-eyed view of social issues have earned her critical praise and a devoted following amongst Pakistanis all over the world. With a bicultural upbringing, a childhood spent partly in the United States, and having studied at Wellesley College and Harvard University, Bina is in a perfect position to bridge Pakistan and America; her writing focuses on observing and interpreting the social, cultural, and religious forces that shape the world’s most intriguing country, and making it understandable to a global audience.

She is a contributor to many international newspapers and magazines: the International New York Times, Al Jazeera, The World Post, The Guardian, Granta have all published her journalism and non-fiction. Her fiction has been published in Wasafiri, Critical Muslim, The Istanbul Review,

Before She Sleeps A Novel Novel By Bina Shah